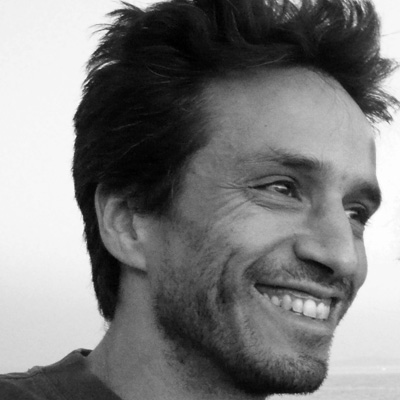 Jacopo Crimi worked at Fondazione Eni Enrico Mattei and Centro Euro-Mediterraneo sui Cambiamenti climatici from 2004  till 2015. He started as a researcher and worked since 2007 as a project manager and coordinator for several EC funded research projects.

With the two parents being journalists, Jacopo always had a genuine interest in communication, but it is since 2009 only that this has been his main occupation at FEEM and CMCC. He proposed and coordinated several innovative projects dealing with the communication of climate change: most notably the WITCH policy simulator,  a set of animated videos on IPCC AR5, ICARUS , WITCH and Cobham websites, and numerous interviews and summaries for ICCG youtube channel. Since 2015, he started his own firm dedicated to the dissemination of science through a myriad of different instruments, and carries on, among others, the management of the Cobham website.

Jacopo loves nature, particularly sea and volcanoes, perfectly merged in his beloved tiny island in the middle of the Mediterranean, Stromboli, where he tries to be as much as possible, when he is not traveling for work, or for curiosity.

Behavioural changes at the heart of last IPCC report

The IPCC clearly acknowledges that behaviour changes and demand-side management are able [...]
Nov 19

End of this week, we will be holding a workshop here at Milano's Politecnico, with the aim [...]
Oct 7

Can you spot the nudge?

According to ILO, the transition to a green economy will inevitably cause job losses (around 6 [...]
Mar 19

By analyzing "nudged" retirement plans in Sweden since 2000, researchers found that these [...]
Nov 16

What about the long term?

While Google is nudging its employees in eating less meat to improve their health, it is also [...]
Jun 6

After the creation of the Qatari nudge unit in August last year, other countries in the region [...]
Oct 28

A recent article on the 1843magazine from The Economist discusses how researchers in the [...]
Sep 23